What Damages Am I Entitled to on a Minimum Wage Claim in Florida?

Filing a minimum wage violation claim under the FLSA may entitle you to lost wages and compensatory damages under the law. 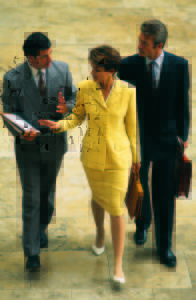 As you likely already know, the United States government sets a federal minimum wage rate that applies to most workers in the U.S.

While the vast majority of employers abide by the minimum wage rate laws, violations do occur.

The State of Florida sets its own minimum wage rate every September 30th.

As of September 30, 2021 the minimum wage in Florida was set at $10 per hour. The minimum wage for tipped employees in the State of Florida is $6.98 per hour plus tips.

Simply out, if your employer is required to follow the minimum wage rate law and you are a covered employee you must be paid at least $10 per hour for every hour you work or $6.98 if you are a tipped employee.

If your employer has not been paying you at least the applicable minimum wage rate you may have grounds on which to pursue a claim against your employer either using the federal Fair Labor Standards Act (FLSA) of the Florida Minimum Wage Act (FMWA).

If you are successful in your claim against your employer you may be entitled to liquidated damages in addition to the value of the wages lost as a result of your employer’s failure to pay you correctly.

For this reason, people often refer to damages in a wag claim lawsuit as “double damages”. To recover liquidated damages, however, you will need to prove that your employer willfully violated the minimum wage laws.

If you have additional questions or concerns about the state or federal minimum wage laws, or about employment law in general, contact the experienced Florida employment law attorneys at Celler Legal, P.A..