Are White Employees Protected Against Race Discrimination Even though They Are Not a Minority?

Workplace discrimination is only prohibited when it is based on a protected class or characteristic, such as race. 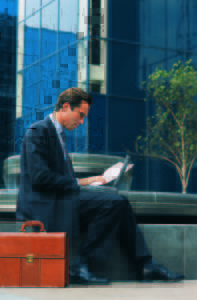 In the United States, both federal and state laws typically protect workers against employment discrimination.

Not all acts of discrimination are illegal though…

Workplace discrimination is only prohibited when it is based on a protected class or characteristic, such as race.

Title VII of the Civil Rights Act of 1964 makes it illegal to discriminate on the basis of race; however, what if you are not a member of a minority class.

Are white employees protected against race discrimination even though they are not a minority?

Historically, Caucasian, or white, males were the majority class in the workforce in the United States. It was, therefore, on behalf of the minority classes that many of the federal anti-discrimination laws were passed.

While it may have been the plight of minorities in the workplace that prompted the anti-discrimination legislation, they are not specifically mentioned in many of the laws. For example, Title VII states:

“It shall be an unlawful employment practice for an employer to fail or refuse to hire or to discharge any individual, or otherwise to discriminate against any individual with respect to his compensation, terms, conditions, or privileges of employment, because of such individual’s race, color, religion, sex, or national origin;”

Nowhere does it mentioned specific races that are covered nor that only minorities are covered by the law. Therefore, no race is excluded from the protection afforded by Title VII, meaning that a white person IS protected in the same way as someone from any other race.

When a white employee, or prospective employee, is discriminated against because of his/her race it is typically referred to as “reverse discrimination.”

The legal test used to determine if an employee has suffered racial discrimination changes a bit when the claim involves reverse discrimination. Typically, a claimant must prove the following to have a prima facie case for discrimination:

When the claimant is not a member of a minority class, federal courts differ with regard to what the victim must prove to have a prima facie case.