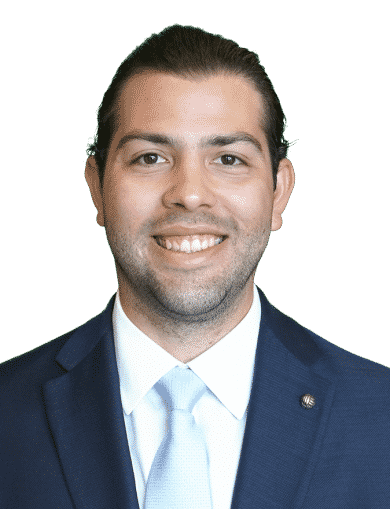 In 2018, Andres received his Juris Doctorate from Nova Southeastern University. During law school, Andres was an active member of the Nova Trial Association and Moot Court Society where he competed in multiple trial and appellate advocacy competitions. Most notably, Andres was awarded the “Best Advocate” award in a statewide trial competition held in Orlando, Florida.

Andres is a dedicated South Florida sports fan and a Chelsea FC supporter. In his free time, he plays golf, basketball, and enjoys a nice day at the beach.