Can Your Employer Prohibit You from Speaking another Language at Work?

National origin is one of the many types of discrimination that are prohibited by Title VII of the Civil Rights Act and various other federal laws... 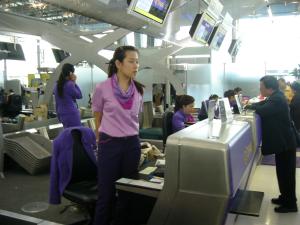 America is supposed to be the great “melting pot” right? While that may have once been the case, the country has been experiencing a more exclusionist attitude of late – or maybe we are just noticing it more on a national scale. Either way, the issue of national origin seems to be popping up in the workplace far more often than it should and under circumstances that are outright discriminatory in nature. Most people are aware that an employer cannot discriminate on the basis of national origin in the U.S., but what exactly does that mean in practical terms? For example, can your employer prohibit you from speaking another language at work? The simple answer is “no”.

In the State of Florida we truly do have a melting pot of cultures unlike anything found just about anywhere else in the country. A day trip through the state could easily allow you to hear conversations in everything from Spanish, Portuguese and Russian to Creole to Chinese and Arabic. If you ask workers, however, some of them will tell you they have been prohibited from speaking anything but English while on the job. Any employer who prohibits employees from speaking another language while at work is violating the civil rights of those employees.

In the United States, several federal laws prohibit discrimination in the workplace. In addition, the Florida Civil Rights Act, or FCRA, also protects employees from employment discrimination. National origin is one of the many types of discrimination that are prohibited by Title VII of the Civil Rights Act and various other federal laws. National original discrimination occurs when an employer treats an employee or a job applicant in a negative way solely on the basis that the individual is from a specific country or area of the world. Since 9/11, for example, some employers openly discriminate against job applicants who appear to be from the Middle East, refuse to allow employees to speak Arabic or other Middle Eastern languages, and/or make outright discriminatory remarks using words like “terrorist” when referring to workers with Middle Eastern ancestry.

Due in large part to its proximity to Cuba and Puerto Rico, Florida is also home to a significant Hispanic population. Understandably, many Hispanic workers chat amongst themselves in Spanish, even if they speak perfect English. While an employer may require an employee to be able to speak English because the position requires it, an employer cannot forbid a worker from also speaking Spanish, or any other language, on the job.

If you believe that you have been discriminated against on the basis of national origin contact  an experienced Florida employment law attorney right away to discuss your legal options.