Can I Be Fired for Reporting Sexual Harassment? 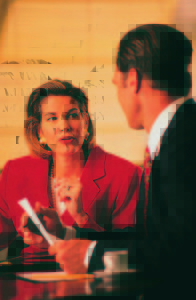 One of the most uncomfortable situations a workers can find himself/herself in is the victim of sexual harassment in the workplace.

Sexual harassment can cause a worker to suffer emotional trauma as well as negatively impact the worker’s professional and personal life.

If you are being sexually harassed in the workplace you may be anxious and worried about how to handle the situation.

Specifically, you may be wondering “ Can I be fired for reporting sexual harassment? ” The not-so-simple answer to that question is that yes, you could be fired but the firing would be illegal.

Sexual discrimination in the workplace is broadly defined as treating someone unfavorably because of that person’s sex.

The first involves conduct on the part of the employer relating to things such as hiring, firing, and/or promoting.

If, for instance, you were passed up for a promotion or you were laid off and you believe the decision was made based on your sex that might be illegal sexual discrimination.

The second scenario may involve conduct on the part of an employer and/or co-worker making sexual advances or otherwise sexually harassing you at work.

The proper procedure in a situation such as this would be to report the offensive conduct to a supervisor or to the company’s human relations (HR) department. Oftentimes, however, the offender is the supervisor or someone who is in a favorable position with the supervisor.

Understandably, this may make a victim reluctant to report the harassment for fear of retaliation. Specifically, a victim may be afraid of being fired for reporting the conduct.

While the law cannot prevent your employer from firing you for reporting sexual harassment, the law does make it illegal for your employer to do so.

The law protects a victim from retaliatory conduct on the part of an employer if the victim stands up and reports harassment or illegal discrimination of any kind, including sexual harassment.

HEAR HOW WE HELPED ONE RECENT CLIENT HARASSED BY HER BOSS

If you believe that you have been the victim of sexual harassment in the workplace you should attempt to document as much of the conduct as possible.

Keep a journal and write down what occurs in your workplace each day. If the conduct is offensive, follow the company’s written procedure for reporting harassment.

If no written policy exists, report the conduct to a supervisor or someone in charge.

If the offender is a supervisor, attempt to report the conduct to someone higher up in the company.

If the conduct continues, you are fired, or you otherwise suffer because of your decision to report the conduct,  contact the experienced Florida employment law attorneys at Celler Legal, P.A. by calling 954-716-8601 or filling out the case evaluation form on the right to schedule your appointment.