Can I Be Fired for Not Telling My Employer I’m Pregnant?

Are women required to disclose their pregnancy or recent childbirth to employers? 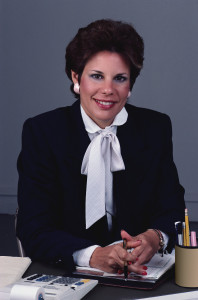 While things have certainly changed for women in the workplace over the last several decades, women still face employment related issues that men do not.

Pregnancy, for example, is something that only women have to deal with in the workplace.

Women still worry about breaking the news of a pregnancy, finding a job when pregnant, taking leave after the birth of a baby, and even having a job to return to after that leave.

One pregnancy related question women often have is “ Can I be fired for not telling my employer I’m pregnant? ”

Deciding when and how to tell an employer you are pregnant is never an easy decision.

Both personal and professional considerations play a role in the decision.

Women often choose not to disclose a pregnancy to anyone until after the first trimester when the odds the pregnancy will end in a miscarriage greatly decrease.

When it comes to telling your boss, additional concerns may be involved in the decision. You may be concerned that you will be fired or overlooked for a promotion if you disclose your pregnancy.

This is even more likely if you haven’t been at your job for very long.

The good news is that federal law protects against pregnancy discrimination, including being fired for being pregnant.

There are, however, reasons why you may wish to tell your employer earlier, rather than later, in the pregnancy.

The Pregnancy Discrimination Act, or PDA, prohibits an employer from discriminating against you based on your pregnancy.

The PDA covers all aspects of employment discrimination, including hiring, promotion, pay, promotions, layoffs, benefits (including leave) and firing.

In addition, the Florida Civil Rights Act also prohibits employment discrimination on the basis of sex.

A recent decision by the Florida Supreme Court held that claims of pregnancy discrimination fall under the overall ban against discriminating on the basis of sex.

Although you cannot legally be fired for telling, or not telling, your employer you are pregnant, you need to consider your health and the health of your unborn child when deciding how to proceed.

If you work around caustic chemicals, for example or you routinely lift heavy objects you should consider divulging your pregnancy as soon as possible to protect you and your child.

If you believe that you have discriminated against by an employer on the basis of your pregnancy, contact an experienced Florida employment law attorney as soon as possible to discuss your legal options.