COVID-19 Alert: OUR FIRM REMAINS FULLY OPERATIONAL DURING THIS DIFFICULT TIME & HERE TO HELP YOU NAVIGATE THIS TRYING TIME.

What Damages Am I Entitled to If I Pursue a Claim for Overtime? 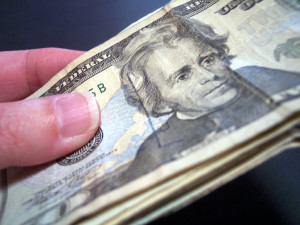 Most employers in the United States are required to pay non-exempt workers overtime pay for all time worked over 40 hours in a workweek. Sometimes, however, an employer does not pay overtime wages to an employee, despite the fact that they are due. Some employers fail to pay overtime wages as a result of a legitimate belief that an employee is exempt or for some other misunderstanding of the law. Other employers, however, intentionally and knowingly fail to pay overtime wages to workers to whom overtime pay is clearly due. If you are one of those workers you may be entitled to monetary damages. Of course, your next question then may be “What damages am I entitled to if I pursue a claim for overtime?”

The Fair Labor Standards Act, or FLSA, is where the federal minimum wage laws are found. Under the FLSA, covered employers must pay a non-exempt employee overtime for time worked beyond 40 hours in a given workweek. The FLSA does include several categories of exempt employer, for whom the overtime laws do not apply. The most common argument given by employers who fail to pay overtime to an employee is that the employer believed the employee was exempt. That argument typically falls on deaf ears in a courtroom.

If you have additional questions or concerns about your overtime pay rights under the FMLA, or if you beleive you are owed overtime back pay, contact the experienced Florida employment law attorneys at Celler Legal, P.A. by calling 954-716-8601 to schedule your appointment.