What Should You Do If You Are Being Discriminated Against in Your Workplace Based on Race?

Title VII of the Civil Rights Act of 1964, more common referred to as simply “Title VII”, makes it illegal to discriminate against someone on the basis of race, color, religion, national origin, or sex. 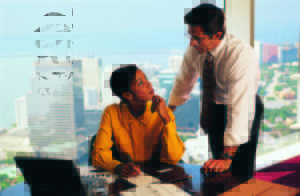 Although we have come a long way with respect to discrimination in the United States over the past several years we have yet to eradicate discrimination completely in America. Employment discrimination, for example, continues to occur far more often than most people realize.

If you believe that you are being discriminated against in your workplace based on race there are several important steps you should take to protect yourself and your rights; however, consulting with an experienced Florida employment law attorney is ultimately your wisest course of action when faced with any kind of employment discrimination.

Numerous state and federal laws have been enacted over the past few decades in an attempt to prevent discriminatory conduct in the workplace and/or in the hiring process. At the federal level, Title VII of the Civil Rights Act of 1964, more common referred to as simply “Title VII”, makes it illegal to discriminate against someone on the basis of race, color, religion, national origin, or sex.

The Florida Civil Rights Act (FCRA) is the state level counterpart to Title VII. The FCRA also makes it illegal to discriminate against an employee on the basis of race.

Race related discrimination can take many forms in the workplace. Obvious racial discrimination occurs when an employer refuses to hire and/or fires individuals because of their race. Although this does still happen in the U.S, it is less common than it once was.

Race related discrimination typically takes on a more subtle form now in the workplace. Racial slurs or “jokes” about your race may occur on a regular basis, for example, or your employer may always have a reason why you alone are not getting promoted. The bottom line is that if you feel you are the victim of race related discrimination you should proceed on the assumption that you truly are a victim.

Unless your direct supervisor is the person engaging in the discriminatory behavior you should try and make a complaint to him/her. If that does nothing, or he/she is the culprit, try and go over your supervisor’s head to his/her boss. You should also make a formal complaint to your human resources department if your company is big enough to have one. Finally, document the instances of discrimination in a journal and take the journal with you when you meet with your attorney.

If you believe you have been the victim of race discrimination in the workplace, contact the experienced Florida employment law attorneys at Celler Legal, P.A. by calling 954-716-8601 to schedule your appointment.