I Don’t Have a Written Contract. Am I Still Entitled to Commissions? 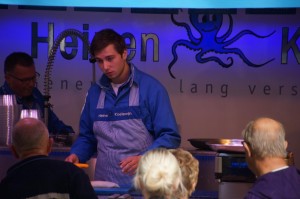 Although the vast majority of workers in the United States are paid an hourly wage, there are other ways of being paid as well. Some employees are salaried, for example, meaning they are paid a set amount each pay period without regard to the number of hours they work. Other workers are paid a base wage and then also receive additional income through tips. What if your employer offers to pay you by commissions? If you don’t have a written contract are you still entitled to commissions? Unfortunately, the promise of commissions is precisely how many workers lose out on income to which they are ethically, if not legally, entitled.

Salespeople are most commonly paid by commission. Being paid on commission is a relatively simple concept, though there are a seemingly endless number of variations on the theme. Some jobs pay a base pay rate plus commission while others pay commission only. Usually, the amount of commission to which an employee is entitled is based on the dollar value of the product or service sold. For example, you might get paid 20 percent of the value of all memberships to a gym you sell. If you are paid on commission it is important to get an employment contract in writing before you begin working for an employer because proving that you are entitled to commission without a written contract can be very difficult.

The State of Florida is an employment “at will” state, meaning an employer can terminate you at any time and for any reason. It also means that there are very few laws protecting your right to wages above and beyond minimum wage unless you have an employment contract. In fact, there are no statutory laws addressing the right to commission in Florida. What this means, in practical terms, is that if your employer fails or refuses to pay you commissions that you believe you are entitled to your only recourse is often to pursue the matter court. Moreover, it can be difficult to prove you were ever promised commissions in court in the absence of a written contract or, at the very least, an employer handbook/manual outlining the payment of commissions to employees.

If you have been offered a job that promises to pay you commissions it is imperative that you get the job offer in writing at a bare minimum. Entering into a detailed employment contract is preferable; however, obtaining something in writing that shows the employer’s offer of payment by commission is necessary to protect you should the employer fail to pay you down the road.

If you have specific questions about commissions you are due, or wish to discuss an employment contract you are considering entering into, contact the experienced Florida employment law attorneys at Celler Legal, P.A. by calling 954-716-8601 to schedule your appointment.