Are You Still Entitled to Overtime If You Are Not a Legal Citizen?

According to the FLSA, non-exempt workers are entitled to overtime pay, at the rate of one and one half the worker’s regular hourly wage, for time over 40 hours in a workweek... 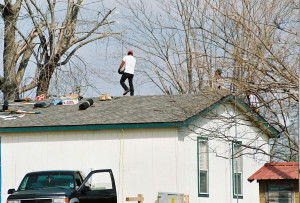 The presence of undocumented immigrants in the United States has been at the center of the political arena for some time now.

Putting the debate about their presence here aside, the reality is that at any given time, millions of undocumented immigrants are working in the U.S. Sadly, employers take advantage of the fact that undocumented workers are either unaware that they have legal rights in the U.S. or are too afraid to assert their rights for fear of being deported.

For example, if you are an undocumented worker, or a supporter, you may not know the answer to the question “Are you still entitled to overtime if you are not a legal citizen?”

In the United States, the federal Fair Labor Standards Act, or FLSA, governs two important aspects of employment – minimum wage and overtime pay. According to the FLSA, non-exempt workers are entitled to overtime pay, at the rate of one and one half the worker’s regular hourly wage, for all time worked beyond 40 hours in a workweek.

In other words, if you worked 45 hours during a workweek and your regular hourly wage was $10 per hour you would be entitled to $475 for that week, calculated as follows:

The fact that an employer is not a U.S. citizen is irrelevant when determining if the worker is entitled to overtime pay

Unfortunately, employers frequently use a worker’s immigrations status as an excuse to argue that the worker is not entitled to the protections and benefits to which other workers are entitled as a result of state and federal laws, such as the provisions of the FLSA.

An employer cannot pick and choose which laws the employer wishes to acknowledge. An undocumented worker cannot legally work in the U.S. Although a worker does not have to be a full blown citizen, permission to work is required to work legally.

If you are an undocumented worker whose employer has not been paying overtime pay, you should consult with an experienced Florida employment law attorney as soon as possible.

The odds are good that your employer has also been violating other rights you have under state or federal laws aimed at protecting workers in the workplace. Contact the experienced Florida employment law attorneys at Celler Legal, P.A. by calling 954-716-8601 to schedule your appointment.