What Factors Determine If a Work Environment is “Hostile”? 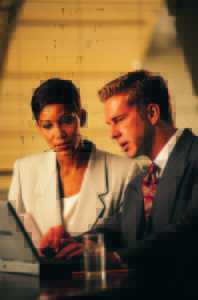 In the United States, various federal and state laws protect workers from illegal discrimination in the workplace.

Many of those laws make it illegal to create a “hostile” work environment. As is often the case, however, with the law, the term “hostile work environment” is something that leaves room for interpretation.

If you believe that you are the victim of illegal discrimination that has created a hostile work environment it is in your best interests to consult with an experienced Florida employment law attorney immediately.

In the meantime, however, it may be beneficial to get some idea how the law explains and defines “hostile work environment”.

Anti-discrimination laws frequently cover two broad areas of conduct on the part of an employer and/or employees. The first relates to things such as the hiring, firing, and promotion of employees or applicants. The second focuses on the actual work environment itself and conduct that occurs in the work environment.

By way of illustration we can focus on the federal prohibition against discrimination based on race and/or color. Both federal and state law make it illegal to treat an employee or job applicant unfavorably based on the individual’s race/color or because of personal characteristics associated with race/color. This includes, but is not limited to, things such as:

It is often easier to see discrimination at work when manifested in the hiring/firing/promotion aspect of employment.

If you have additional questions or concerns about what constitutes a “hostile work environment”, or about employment law in general, contact the experienced Florida employment law attorneys at Celler Legal, P.A. by calling 954-716-8601 to schedule your appointment.