Does Federal Age Discrimination Law Protect Me If I’m under 40?

Florida law mirrors the federal ADEA in many respects but with one important exception... 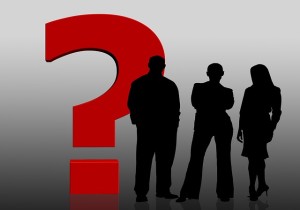 In the United States, both federal and state laws make it illegal to discriminate in the workplace; however, for that discrimination to be legally actionable it must be a covered form of discrimination.

Most people are familiar with some of the most common forms of prohibited discrimination such as discriminating on the basis of race or disability.

Age is another protected class when it comes to workplace discrimination.

Only an experienced Florida discrimination attorney can evaluate the specific facts and circumstances of your situation and provide you with individualized advice; however, understanding the basics of age discrimination laws in the U.S. may also be helpful.

In the United States, several federal acts and statutes protect workers from being discriminated against in the workplace for certain reasons.

HEAR ME DISCUSS AGE DISCRIMINATION AT WORK IN MY OWN WORDS

In order to pursue a lawsuit, or other specific relief, against an employer you must first determine that you were discriminated against in the workplace and second that the discrimination you faced is covered by one, or more, of these acts or statutes.

As the average life expectancy of Americans continued to increase, more and more older workers were finding themselves at a disadvantage in the workplace.

Both retaining and finding employment for older workers was becoming more and more difficult. To protect older workers, the ADEA was passed.

Florida law mirrors the federal ADEA in many respects but with one important exception – the Florida anti-discrimination statute does not include an upper or lower age limit.

Specifically, Chapter 760 of the Florida Statutes reads as follows:

“It is against the law to discriminate in employment on the basis of race, color, religion, sex, national origin, age, handicap or marital status.”

Age related discrimination may take many forms, including, but not limited to:

If you believe that you have been discriminated against on the basis of your age in the State of Florida you may be entitled to pursue legal action against your employer in state or federal court. Consult with an experienced Florida employment law attorney as soon as possible to discuss your options.