Is There A Law That Protects Pregnant Employees?

The federal Family and Medical Leave Act (FMLA) also has relevance for pregnant employees, in that it requires employers with at least 50 workers to give 12 weeks of unpaid medical leave, which may be used for purposes of maternity leave as well. 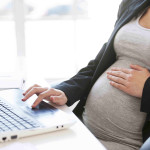 While pregnancy is typically a joyous time of great anticipation, for many women, it can also bring unfair discrimination in the workplace. Adverse employment actions taken simply because you are pregnant should not be taken lightly, federal and state laws afford expectant mothers a significant amount of protection with which you should become familiar.

The Pregnancy Discrimination Act (PDA) is a federal statute prohibiting an employer from discriminating against women simply because they are pregnant. Thus, if a woman is physically capable for performing her job duties throughout her pregnancy, an employer must permit her to do so. The Act also specifics that pregnancy-specific health benefits must be offered to every employee, no matter their marital status. An important caveat, however, is that the PDA is only applicable to businesses employing at least 15 people, so those working for smaller entities will not enjoy these protections.

The federal Family and Medical Leave Act (FMLA) also has relevance for pregnant employees, in that it requires employers with at least 50 workers to give 12 weeks of unpaid medical leave, which may be used for purposes of maternity leave as well. These protections, however, are available only to employees who have worked at least 1250 hours in the preceding 12 months. Notice and eligibility requirements must be strictly met by any employee seeking to utilize these protections, and failing to do so may constitute grounds for termination.

Florida’s safeguards against pregnancy discrimination have traditionally been somewhat less stringent than those provided by federal law. First of all, there is no law requiring employers to offer any maternity leave whatsoever. Thus, employers who are not subject to FMLA due to size or other reasons are able to fire a woman for missing too much work, as long as they have a policy of terminating any employee who missed a given amount of work.

In addition, Florida’s Civil Rights Act has not specifically protected pregnant women, even though it did address discrimination based on gender. However, in April of this year, the Florida Supreme Court ruled that because “the capacity to become pregnant” is a significant and indeed obvious distinction between the genders, discrimination based simply on pregnancy does constitute sex discrimination, and is therefore prohibited by the Civil Rights Act. At the time of the decision, the Florida legislature was already in the process of adding pregnancy to the enumerated protected classes under the statute. This development promises to strengthen the rights of pregnant women in Florida to be free from workplace discrimination.

Fighting for the Rights of Pregnant Women in the Workplace

Employment discrimination is something with which no expectant mother should have to contend. If you have been subjected to adverse employment decisions simply as a result of your pregnancy, take heart. Consulting with a seasoned, knowledgeable Florida employment attorney is the best way to assert your rights and avail yourself of the substantial protections afforded by state and federal law.