Why Should I Hire a Private Lawyer for an Overtime Case Instead of the Department of Labor? 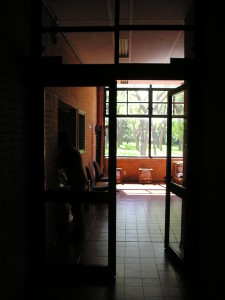 As a worker in the United States you are entitled to the protection of several important federal and state laws. Among the most important of those laws are the minimum wage and overtime laws established by the Fair Labor Standards Act, or FLSA. In essence, the FLSA says that if you work for a covered employer, and you are not otherwise exempt, you must be paid at least the applicable state or federal minimum wage for every hour worked and that you must be paid overtime pay at the rate of one and one half times your regular pay for time worked over 40 hours in a workweek. If you employer has not been paying you overtime you may have the basis for a claim for back pay and liquidated damages. You may file a claim directly with the Wage and Hour Division of the Department of Labor or you may retain the services of a private attorney to represent you for your claim. You may be wondering “Why should I hire a private lawyer for an overtime case instead of the Department of Labor?” There are several reasons why hiring a private attorney is a smart move on your part, including:

Information gathering – sometimes an employee does not have all of the information necessary to file an actual complaint. Even something as simple as the official legal name of the employer or the name of the individual responsible for recordkeeping for the employer may not be readily available to an employee. A private attorney can help find the information needed to pursue a complaint.

Resources available – The Wage and Hour Division (WHD) is a governmental agency working with a limited budget and resources. Though they do try to investigate every complaint the reality is that a private attorney typically has considerably more resources with which to conduct an investigation.

Time – every day you go without the wages owed to you is a day you lose additional money. The WHD is often several weeks, if not months, behind in investigating overtime pay complaints whereas a private attorney can get started on your case immediately.

Litigation – most overtime pay complaints are settled out of court; however, if a settlement is not forthcoming you have the right to pursue your claim by filing an official lawsuit against the employer. If your complaint was filed with the WHD, however, the decisions to pursue litigation or not is made by the WHD, not by you. A private attorney, on the other hand, works for you, meaning you decide whether or not to pursue a lawsuit.

No cost to you – if your claim is successful your employer can be ordered to pay your attorney’s fees as part of the settlement agreement or award in the case of a lawsuit.

If you have additional questions or concerns about an overtime pay claim, or about employment law in general, contact the experienced Florida employment law attorneys at Celler Legal, P.A. by calling 954-716-8601 to schedule your appointment.