I Was Replaced by a Younger Employee. Is This Legal?

What federal and Florida law protections exist for workers against age discrimination in the workplace... 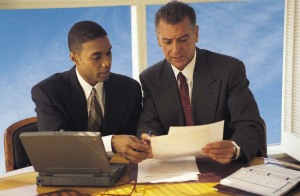 The average life expectancy in the United States has almost doubled over the last century. As a result, the American workforce has also aged. An older workforce has created a number of “issues” for both workers and employers, including age discrimination in the workplace.

Consequently, one question we are often asked it “ I was replaced by a younger employee. Is this legal? ” As is often the case with the law, there is no simple answer to that question.

I could be illegal or it could be perfectly legal, depending on the circumstances. Only an experienced Florida employment law attorney can evaluate your specific set of facts and circumstances and provide you with a concrete answer to the question.

Knowing a bit more about age discrimination in the workplace though might also be beneficial if you are an older worker.

In the U.S. there are a number of federal laws that protect workers from various types of employment discrimination.

The Age Discrimination in Employment Act of 1967, or ADEA, specifically protects you from being discriminated against on the basis of age in the workplace.

There are, however, a number of caveats to the ADEA that are important when considering if you have been discriminated against for purposes of a pursuing legal action against an employer.

First, the ADEA only applies to workers over age 40. Therefore, you cannot legally be discriminated against on the basis of your age if you are younger than 40 years old if you are relying on the ADEA. Having said that, the State of Florida also has a Civil Rights Act, or FCRA, that also prohibits employment discrimination on the basis of age. Unlike its federal counterpart, the FCRA does not limit discrimination to those over the age of 40, meaning that if you are under age 40 you could still have a legitimate age discrimination claim under Florida state law.

You must also consider whether or not your employer is covered by the ADEA. For purposes of the ADEA only, a covered employer is one who is “engaged in an industry affecting commerce who has 20 or more employees for each working day in each of 20 or more calendar weeks in the current or preceding calendar year.”

Assuming that your employer is covered by the ADEA and you are over the age of 40 the next consideration is whether or not your employer’s actions constituted age discrimination.

Simply replacing you with a younger employee is not enough, absent something more, to be considered age discrimination. Was your job performance poor? Did your employer provide you with a plausible reason for terminating your employment?

Replacing you with a younger employee isn’t illegal unless the reason you were replaced is directly related to your age.

Because age discrimination claims are so fact specific it is best to consult with an experienced Florida employment law attorney if you were replaced by a younger worker and you believe your age was the reason for the replacement.