Are All Employers Required to Pay Overtime? 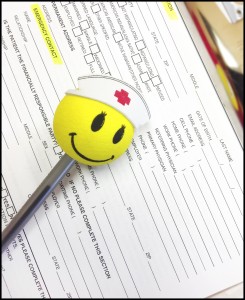 Worker in the United States are protected by certain state and federal laws aimed at ensuring a fair and discrimination free workplace. Most employers are required to comply with those laws. The Fair Labor Standard Act, or FLSA, for example, is where the federal minimum wage and overtime pay requirements are found. Are all employers required to pay overtime though? The answer is found in the coverage provisions of the FLSA.

The FLSA is a federal law that is administered by the Wage and Hour Division of the U.S. Department of Labor. An employer is covered by the FLSA, including the overtime wage provisions, if it is an “enterprise with employees who engage in interstate commerce, produce goods for interstate commerce, or handle, sell, or work on goods or materials that have been moved in or produced for interstate commerce.” In addition, a revenue test also applies to most enterprises that requires them to have an annual dollar volume of sales or business done of at least $500,000. An employer that does less than $500,000 in business er year may not be covered by the FLSA.

There are, however, a number of exceptions to the above “tests” for coverage under the FLSA. The following employers are covered regardless of whether they pass the above tests:

Just because an employer is covered by the FLSA, however, does not necessarily mean an employee is entitled to overtime pay. There is a long list of categories of employees that are exempt from the overtime provisions of the FLSA. If an employee is exempt, even a covered employer is not required to pay overtime wages. Some common examples of exempt employees includes:

If you are an employer or an employee with additional questions or concerns about the overtime provisions of the Fair Labor Standards Act, contact the experienced Florida employment law attorneys at Celler Legal, P.A. by calling 954-716-8601 to schedule your appointment.