What Type of Fraud or Misconduct Is Covered by the Whistleblower Laws?

Though most employers obey the law and provide a safe workplace for employees, there are employers that intentionally skirt the law or outright break the law... 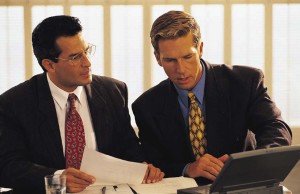 As an employee you undoubtedly hope that your employer is honest, fair, and in compliance with all state and federal laws. Unfortunately, not all employers fit that description. Though most employers obey the law and provide a safe workplace for employees, there are employers that intentionally skirt the law or outright break the law. Understandably, this puts an employee in a difficult position. Reporting the employer to the proper authorities could put your job, and therefore your family’s financial future, at risk. Doing nothing, however, isn’t just morally wrong, it could be dangerous and illegal as well. Fortunately, there are a number of “ whistleblower ” laws that protect employees who decide to step up and speak out. To be certain that your situation is covered you should always speak to an experienced Florida employment law attorney first; however, a basic understanding of what type of fraud or misconduct is covered by the whistleblower laws is a good place to start.

Put simply, a “whistleblower” is an employee who exposes illegal conduct on the part of an employer. Historically, employees who exposed an employer were subject to termination or worse. Too protect employees from retribution or retaliation by an employer, the United States federal government began to pass “whistleblower” legislation. Today, there are numerous federal acts that protect whistleblowers who report certain types of fraud or misconduct. The type of fraud or misconduct covered depends on the act or statute; however, the following types are clearly covered:

If you are an employee and you are concerned about conduct occurring at your workplace, consult with an experienced Florida employment law attorney as soon as possible.