Wrongful Termination While on Medical Leave for Being Pregnant 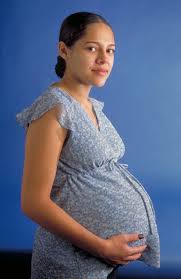 For women in the workplace one of the most difficult tasks is juggling career and motherhood. The difficulty actually begins as soon as a women finds out she is expecting a baby. Historically, employers would terminate a pregnant employee, refuse to hire a women who was pregnant, and/or replace a women who took time off for maternity leave. Today, Florida state and federal laws prohibit conduct such as this by an employer. Despite these prohibitions, a surprising number of female workers face wrongful termination while on medical leave for being pregnant. If you find yourself in this situation you may have the basis for a discrimination claim and/or lawsuit.

In the United States, a number of federal laws have been passed over the last century that make discrimination in the workplace illegal. The Pregnancy Discrimination Act, or PDA, is one of those laws. The PDA, which prohibit sex discrimination on the basis of pregnancy, is an amendment to the Civil Rights Act of 1964.

In general the PDA requires an employer to treat a pregnant woman, or a woman who has just given birth, in the same way that any employee would be treated who is suffering from a medical condition that limits the work the employee can do or that leaves the employee completely unable to work for a period of time. In addition, the Family and Medical Leave Act, or FMLA, which was passed in 1993, requires an employer to allow a new parent to take up to 12 weeks of leave after the birth of a new child. The employer is not required to pay the employee during the leave time unless the employee has accrued vacation or sick time available. Furthermore, not all employees qualify under the FMLA. To be eligible, you must have worked for the employer for a minimum of 12 months prior to the requested leave time and have worked a minimum of 1,250 hours during that 12 month period. Furthermore, the employer must be covered under the FMLA and you must work at a location where the employer employs at least 50 employees within 75 miles. Most importantly, if you are eligible for pregnancy leave under the FMLA, your employer cannot terminate you for taking the leave to which you are entitled.

If you have been terminated while on pregnancy leave and believe that your termination was unlawful, contact an experienced Florida employment law attorney as soon as possible to find out what legal options are available to you.